A close-up of a wraith’s hand opens above Frodo’s head with all the menacing gesture of a children’s pantomime. … As Arwen and the wraiths exit the forest and enter the clearing, we flash up to an aerial view to see that the wraiths have formed an inverted V around Arwen. This is to heighten the sense that she will soon be surrounded by her pursuers, though it is not clear why the rider in the rear cannot catch up to his colleagues and, therefore, to their prey. The imminence of doom must never wane. Any slack in the action may wake the viewers, like stopping in traffic may wake the baby in the car seat.

And so it goes on – a veritable (and riotous) demolition of any artistic merits that might be claimed for Peter Jackson’s 'Flight to the ford' scene in the film 'The Fellowship of the Ring'!

Art and Music – A Student’s Guide, by American music professors Paul Munson and Joshua Farris Drake, is an exhilarating book, and a must-read for any classical music student. It provides a Christian approach to art and music vital for any student preparing to engage with the music academy in its current climate. As the series editor writes in the preface, 'at the heart of this work is the challenge to prepare a generation of Christians to think Christianly, to engage the academy and the culture, and to serve church and society.' If you’re a Christian student of classical music and you want to think Christianly about music, this should be your first point of reference.

The first thing to commend this book is its combination of brevity and weightiness. Few books pack so much in to just five chapters (around 85 pages of text). Chapter 1 provides the foundations, narrating a brief history of aesthetics, with particular focus given to the classical and postmodern views, before outlining a Christian view:

“beauty is the forms through which we recognise the ways and nature of God”.

In chapter 2, Munson and Drake persuade us not merely of the necessity, but also the rightness, of appreciating art and music. In chapter 3, we are then actually given a method by which to judge art and music, whereby we might rightly discern between good and bad art (with significant recourse to C.S.Lewis’s An Experiment in Criticism), before chapters 4 and 5 give worked examples of this process for pieces of visual art and music respectively.

As I have already said, this is an exhilarating book, and the exhilaration comes in many forms. There was the intellectual exhilaration of having things voiced and explained of which perhaps you have been aware, but not able to articulate, such as the different expectations that consumers of popular culture bring to works of art, compared to consumers of high culture. Also exhilarating, a little more bizarrely, was having false assumptions corrected by better analysis, such as the fact that '…we are mistaken when we talk about how visually oriented the current generation is' (p.22).

Similarly, there was also the exhilaration of having things that you have known deep down but found hard to defend, expressed and justified:

And for me as an English reader at least, also exhilarating was the direct and sometimes brusque manner in which the American writers expressed themselves. If you’ve ever felt the nervous excitement of hearing someone else say something bluntly which would be considered controversial by others, you’ll know the feeling. For example, 'Christian doctrine provides the only satisfactory explanation of beauty.' Or: 'There’s nothing close to a consensus about what the song means. Nor can there be, because the song is meaningless'! Sometimes, the cultural critiques of popular works of art were hilarious; the dry sardonic humour that permeated the afore-quoted assessment of the chase scene from 'The Fellowship of the Ring' over the course of three whole pages was laugh-out-loud.

Occasionally, the Englishman (or is it the not-wanting-to-offend-anybody-postmodern?) in me wished that they’d been a little gentler, or had at least added some caveat, but the exhilarating liberation of their expression quickly overpowered such tentativeness with a rapidity and devastation of which Jackson’s wraiths could only dream.

The final exhilaration was perhaps the finest - that of learning a new skill: for me, how to look at, appreciate and appraise a piece of visual art. Chapter 4 was not simply an intellectual exercise, but a practical one. I now feel more confident to look at a painting and 'receive' (to use C.S. Lewis’s word) much from it. In this way, the book has enriched my life.

Perhaps ironically, the least enriching chapter for me was the final one, on music, but that was only because I’ve had many years’ education in musical analysis already. I suspect the chapter on visual art would be equally introductory to a seasoned fine artist. Or, to put it positively, I suspect that for those without much musical education, the final chapter could be as equally enriching as the penultimate one was for me.

In short, this is an invigorating and highly enriching book that deserves careful study. Biblically grounded, boldly written, and brief, all music students ought to read it. Whilst it won’t particularly help the university student deal with some of the more radical avenues of ‘new musicology’, or the music college student think through best performance practice, it will supply the basic foundations for thinking Christianly about beauty and music, which is something surely every Christian music student should desire to have. 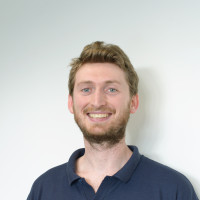