Spotlight is the Music Network's regular podcast shining the spotlight on someone involved in music in their working life.

Amélie Addison is a baroque cellist and musicologist, and in this podcast, Music Network assistant Becky Chevis chats to Amélie about how she came to know Jesus whilst a music student in Glasgow, her ongoing experiences with Christian Unions full of musicians, and her baroque chamber group Dei Gratia which encourages performers and audiences to think again about the glorious inspiration of baroque masterpieces. Below is a transcript of the interview.

(Please listen to part 2 of this podcast to hear Amélie speak about her injuries and how she's coped with this suffering as a Christian.) 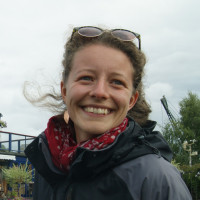 Becky Chevis is a freelance musician who plays the flute and runs community-based music projects in schools and care homes. In her role as UCCF’s Music Network Assistant she supports music students, …

View all resources by Becky Chevis